Friday’s Culture Casserole: Skyfail or: How I Learned to Stop Worrying (about Plot) and Love the Bond

Spoiler Alert: There can be no spoilers in a James Bond movie review.  Every film in the 50-year-old franchise is about one thing, chasing MacGuffins while looking cool.

There is something new going on in “Skyfall,” however, and if my cursory sampling of reviews is any indication, it is something that has gone unnoticed by critics.  Director Sam Mendes and writers–Neal Purvis, Robert Wade and John Logan–have pulled off the neat trick of portraying Bond, Jim Bond, as a failure. The trick is that he looks so cool failing–at everything–that one might not even notice the chronic ineptitude. 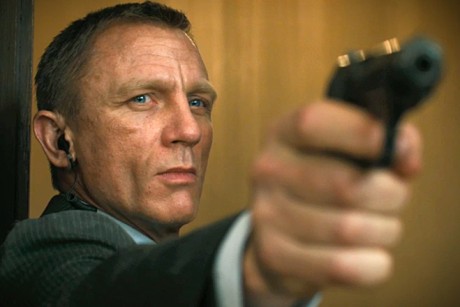 Ready…aim…miss!  Daniel Craig has the shakes as 007.

The film opens with a spectacularly conceived chase through Istanbul, as Bond (Daniel Craig, buffed and scarred in his third tour of duty as 007) and fellow field agent Eve (Naomie Harris) track the bad guy via motorcycle, train, Caterpillar tractor, and Range Rover. This last product is conspicuously placed throughout the film.  Ka-ching.

The baddie has a stolen hard drive with a list of NATO agents who have infiltrated terrorist groups. Bond not only loses him, but gets himself shot–once by the bad guy, who doesn’t play fair using uranium-tipped ammo, and once by Eve, who mistakenly pops him dead (Spoiler Alert: Bond isn’t dead.)  Cue the opening credits, gorgeous, eerie imagery with a lush theme written and sung by Adele.

Bond’s failures begin in earnest back in London, where he fails his physical test at MI6. He fails his psychological test.  He repeatedly fails to hit a target at the gun range because his hands, like his martinis, are shaken. When the new young brainiac Q (Ben Whishaw) gives Bond a new and very personalized Walther PKK with which to zotz villains, he complains: is that I all I get? He soon loses the hi-tech piece–without ever firing it.

Bond gets another shot at the bad guy in Shanghai, but loses him, along with the list of NATO agents, again. This failure will cost colleagues their lives.  I hasten to repeat: Bond looks very, very cool with every cock up. One barely notices that the free world is unraveling.

Things start to look brighter for our hero when he sneaks a shower (and certainly other liberties, off-screen) with tragic moll Sévérine (Bérénice Marlohe).  Sure he boffs her, but when it comes time to protect her–as he promises he would–not only does the poor woman wind up dead, but Bond exploits the moment with joke that’s not very funny but is pithy and cool.

By now we’ve met the principal villain, Silva, played with creepy-but-funny panache by Javier Bardem, a step up from his usual humorless-to-wooden range.  After some man-on-man innuendo, Bond seems to outwit this former MI-6 agent turned cyber-terrorist, and it looks as though 007 has finally got one right, but … it’s a trap!

Silva wants to be captured, wants to be renditioned to MI6 where he can wreak new havoc on his former employer, and in particular on M (portrayed for the seventh time by Judi Dench).  Bond obliges.  He unwittingly helps Silva access the agency’s computers, which leads to his escape, which leads to some epic vandalisation of the London underground.

Javier Bardem has a little face time with Mr. Bond, man to man.

Bond has a chance to make up for his string of defeats.  If he can rescue M, who is being grilled before a government board of inquiry for MI6’s recent failures, and who is now in Silva’s crosshairs. But no, it is smarmy bureaucrat Mallory (Ralph Fiennes), not Bond, who takes the bullet for M. Vowing to stay a step ahead of Silva, Bond Stuffs M in his vintage Aston Martin DB5 and books it for Scotland, where we learn his backstory (hint: it’s a lot like Batman’s).

When Bond sees his old mentor Kincade (Albert Finney, who can’t even be arsed to affect a Scottish accent) after all these years, he says precisely what I was thinking upon seeing Albert Finney: “Oh, you’re still alive.”

One would feel confident–if one has seen all 23 Bond films–that, Bond’s repeated failures notwithstanding, at least the villain’s evil plan would be thwarted in the end. One would be wrong, because Bond’s cunning plan to lure Silva all the way to Scotland leads to the very thing Silva wishes to achieve and which Bond wishes to avoid. Heckuva job, 007. 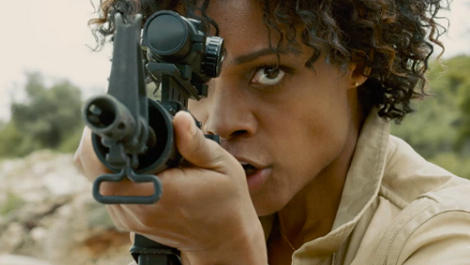 The repeated screw-ups do not for a moment detract from the thrill-ride that is the movie nor from the figure of awesomeness that is James Bond. Although Bond is a failure, he is not a bumbling failure. He is as cool and suave as ever.  More so even, since it must  take superhuman suavity to distract us from the fact of his repetitive misadventures.

We are left with the question why? Why have uber-cool James Bond commit one miscarriage of performance after another? True, he is an ageing agent, so missteps might be a simple matter of having lost a step.  Some critics waxed Freudian over the Mummy issues that surfaced vis a vis Bond’s relationship to M and his return to the childhood home, but these analyses amount to psychobabble with a side order of red herring.

In the end the answer is probably much simpler. The creators of “Skyfall” promote an extended conceit: it does not matter what you do, as long as you look very, very good doing it.  Style over substance is the reason we love James Bond, and it’s probably why he has license to fail.